Hello all! Welcome back to the blog!

I thought we’d start this one off with a little bit of history about our Ladies team.

Rangers Ladies was founded in 2008 in partnership with then Paisley City Ladies, with Drew Todd brought in to coach the team. They replaced Paisley City in the Scottish Women’s First Division and subsequently won the league in their inaugural season as well as reaching the Scottish Women’s Cup final. In 2010 Scott Allison was appointed Manager and Rangers would be in the Cup Final a second year in a row. We continued to play in the SWPL with our highest finish being a second place one in 2014.

It would be in 2018 Rangers Ladies would become Rangers Women. It was then in 2019 Rangers announced the Women’s Team would become professional with Amy McDonald becoming Women’s Manager and former player Gregory Vignal Head Coach of our Senior Team.

At present we have Head Coach Malky Thompson with Kevin Murphy joining from Hearts. Kevin joins with a wealth of experience at Academy level, including overseeing all operations at Manchester City’s Women’s Academy Department!

Rangers Women kept up winning ways over the past fortnight, first with a 1-0 Win over Spartans away in Edinburgh, with Demi Vance getting her second goal of the season! Rangers met Spartans in a pre season friendly which resulted in a 3-1 win with Lizzy Arnot scoring 2 goals on her debut.

Rangers started brightly, with Devi having a shot just wide of the target after a deflection put it out for a second corner.

It was this corner that would result in the goal after the ball was cleared. Arnot picked it up and with a pass to Docherty who whipped the ball into the area with a flick on from Reilly to Vance for the only goal of the game but all 3 points secured! 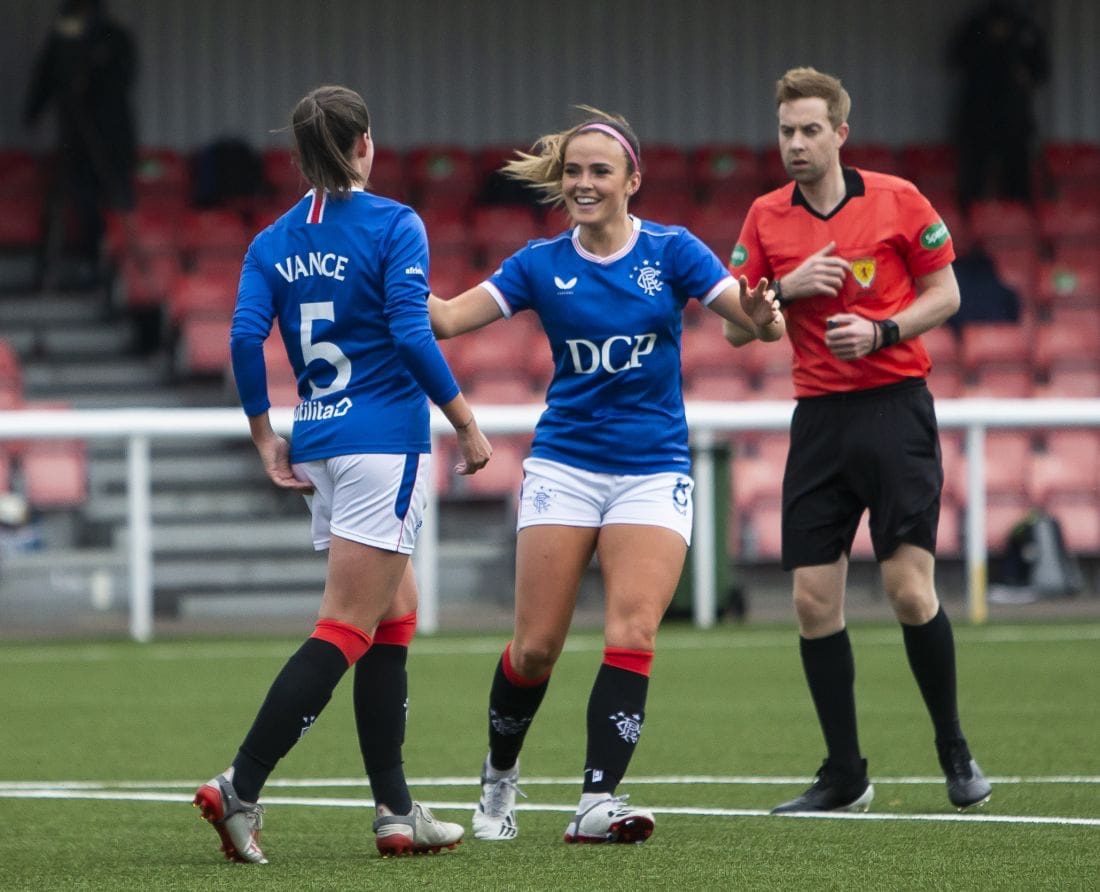 Our next game would be a tough test against a very strong Hibs side. It would be a second trip to Edinburgh in as many weeks. Chelsea Cornet came up trump’s for us in the 75th minute sliding on to the ball in from Arnot and sending it into the back of the net.

This is a massive victory in the scheme of things with Hibs dominating the SWPL alongside Glasgow City the past 3 or 4 years, and shows the intent of Rangers securing our place atop the SWPL and into Champions League football.


Up next for us is a game against the Green Side of Glasgow at the Rangers training centre. A win would see us stay joint top of the League, with a 100% win record and one goal conceded.

I’ll see you all back here soon for coverage of the Rangers Women Vs Celtic Ladies, if you fancy watching the game live it’s available on Rangers TV

Until then, keep the blue scarves on!

View all posts by 4ladsguest